I have been fortunate to live in Prescott 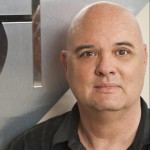 I have been fortunate to live in Prescott, Arizona my whole life. Not only is it my hometown, but also it is known for being “Everyone’s Hometown.” In addition, Prescott is known as “Arizona’s Christmas City,” the “Mile High City” and the former Territorial Capital of Arizona.

Miners flocked to this part of Arizona when gold was discovered near Lynx Creek in 1863. Prescott was founded a year later along Granite Creek where the Walker party discovered more gold. Prescott was designated the capital of this new Arizona territory during the time of President Lincoln and federal troops were sent here to Fort Whipple. When my parents moved here in 1972, my dad went to work at Fort Whipple, which is now a Veteran’s Hospital. Many of the old structures are still here including the officers’ quarters, barracks and the stables.

Prescott has been an ideal place to grow up. The community is rich in traditions, history, culture, entertainment, and environmental activities. Many of our traditions and activities revolve around our downtown Courthouse Square and the Sharlot Hall Museum complex located about two blocks west of the square.

We have always attended events at the Courthouse Square. As a little girl, I remember getting up early on July 4th to go downtown and line up on Whiskey Row next to the Courthouse to wait for the parade to begin. It always had many bands, horses, performing groups and clowns. After the parade was over, we would walk around the square to look at the arts and crafts booths and stand in line to get Indian Fry Bread. As I got older, I remember dancing in the parade as a member of the Lynx Creek Cloggers.

In the evening on the Fourth of July, we would go as a family to Prescott High School and listen to the community band while we waited for the fireworks display to begin. Then we would “cruise” downtown to watch the “water wars,” where carloads of people would drive up and down Gurley Street in trucks, spraying water from buckets and water pistols at participants in other vehicles. My grandmother from New Mexico loved to be here for the Fourth of July to watch these events. In recent years, the water wars downtown were eliminated and the fireworks display was moved to Pioneer Park. Instead of water wars, the city now supports game booths, water slides, and carnival type activities at the park prior to the shooting of the fireworks. It is still a tradition with our family.

Performances and arts and crafts shows at the square are year round activities in Prescott. There is always something going on downtown, including events like the George Phippen Art Show, the Folk Arts Fair, Territorial Days, the World’s Oldest Rodeo parade, Faire on the Square, Oktoberfest in the West, the Bluegrass Festival, Earth Day and Arizona Christmas City Celebrations. While each season brings a unique line-up of events, my favorite times are summer and Christmas.

In the summer, each night on the plaza is reserved for special events. One night is movie night where families can bring lawn chairs or blankets to sit and watch old movies. Other nights are devoted to performances such as the Mile High Square Dancers, the Folk Dancers, the community band, the Old-time Fiddlers, or the Cowboy Poets. However, my favorite night is Thursdays when the Lynx Creek Cloggers perform since I am a member. Our instructor sets up her music system and plays song after song of routines we have learned over the years. Anyone who knows the routines can get up and dance. Cloggers from all over the state drive up to participate while people in the community gather in lawn chairs and on the Courthouse steps to watch. Summer doesn’t seem like summer until we are out on the plaza dancing.

Another fun summer event is during Frontier and Territorial Days. I remember my family going to the Sharlot Hall Museum complex to experience life as it was back in the old days. Volunteers dress up in the clothes from the late 1800s and station themselves at exhibits all over the museum grounds. We then go from exhibit to exhibit to try our hand at “chores.” We dip candles, start fires without matches, cook biscuits over a camp fire, use plants to dye material, carve wooden toys, and practice weaving cloth. As a child, I always enjoyed these hands-on activities and the food booths, but was glad I lived in an era where I didn’t have to do these tasks daily.

In the winter, there are the Acker Music Festival and Christmas activities. The Electric Light Parade takes place during Thanksgiving weekend and is put on by local businesses that decorate floats and vehicles with multitudes of lights in anticipation of Christmas. The Christmas Parade follows this, the first Saturday in December. The Christmas Parade is a big event for local schools, organizations, and businesses. They put together floats based on the Christmas theme for the year and compete to win prizes in the parade.

That evening is the annual Courthouse Lighting and Christmas Program. Students from the local school choirs gather on the Courthouse steps and perform Christmas carols, while a prominent town official reads the Christmas Story. People flock to the square to hear the story and the carols. Candles are passed out to everyone to “light up the world” after the story ends. Then the Courthouse lights are turned on and the official Christmas season begins.

The Acker Music Festival usually follows two weeks later. Businesses downtown stay open late that evening and have musical groups performing at each site as well as on the Courthouse Square. People meander around town stopping in to watch the different groups. Hot chocolate, hot cider and cookies are available at various locations.

Prescott also has the Elks Opera House Theater that was opened in 1905. I have fond memories of this place, because for as long as I can remember we have gone to summer performances there put on by the Arizona Jamboree. This was a musical variety show featuring local musicians and comedians. Two girls my age, that went to the same babysitter I did, started performing with this group when they were five years old. Each summer we would go to watch the show and see them perform. They have since graduated and moved on, but another music variety show, the Arizona Revue, continues the tradition.

In addition to all the historical, cultural and entertainment events that Prescott hosts, another part I love about it is the location and climate. Prescott has four distinct seasons and is located in the central mountains of Arizona. Therefore, there are several lakes, campgrounds, and nature refuges to visit. My family has a tradition of going to Goldwater Lake, Granite Basin Lake, and Lynx Lake for picnics, camp outs and hikes. We like taking rides in my dad’s canoe, fishing, bike riding, hiking and playing board games.

While this essay doesn’t include everything about Prescott, I hope it has given you a taste of why it is considered “Everyone’s Hometown.”

Arizona is my home

I am driving eastbound

No comments to show.

Arizona is my home

I am driving eastbound

I have been fortunate to live in Prescott